Gamification – Is Your Company Playing?

by bchignell in HR Articles 2 Comments

Gamification is the use of game mechanics and design techniques in real world scenarios.   It is used to encourage people to take part in certain activities by making technology more engaging.  Gamification may be a relatively new term, however, the technique has been used in some form or another for some time.

Gamification for marketing has been used on social media sites including FourSquare (achievement badges), 500PX (a photography site where a personal ‘score’ increases based on the popularity of your photographs), and Reddit (points are awarded for submitted articles that receive ‘upvotes’ from other users).  Using such a technique can drastically increase visitor interaction with a website as the user can be presented with rewards, targets and a ranking system.  The reason that this technique proves so successful is due to people’s subconscious disposition to take part in games.  A friend of mine works for a company that has a weekly competition on Facebook regarding word association.  This works particularly well in spreading awareness of the company brand as friends of the employees also participate in the game.

By actively encouraging users to interact with each other in order to gain rewards or advancement, many websites and applications have been able to very rapidly build their following.  Farmville,  a Facebook application, is an example of how gamification can be used to build a user base at an astonishing rate.  By allowing existing players to send virtual ‘gifts’ to other Farmville users to encouraged the reciprocation of the gesture, this also meant that the more Facebook friends that were invited to play the game, the more gifts that were given and received in order to advance through the game.  Zynga, the company behind Farmville, was reported to be worth $7 billion in 2011 and achieved over 50 million weekly users.

Other well known uses of the gamification method are sites such as;

How many of us have taken part in an online competition run by a particular brand?  One such strategy is to simply ‘like’ a certain brand’s Facebook page in order to enter.  From this point on you start to receive their updates on your Facebook feed and that brand has a potential new customer who has already actively engaged with it.

Gamification in the workplace

In an article from Gartner, it was estimated that by 2015 “More Than 50 Percent of Organizations That Manage Innovation Processes Will Gamify Those Processes” and “By 2014, a gamified service for consumer goods marketing and customer retention will become as important as Facebook, eBay or Amazon, and more than 70 percent of Global 2000 organizations will have at least one gamified application.“
Indeed many corporate training courses employ gamification strategies to encourage participation, monitor and analyse the progress of the delegates.  Role play or team exercises where you ‘compete with other teams or individuals to be crowned ‘the best’ are a common practise and these are all based on gaming principles. 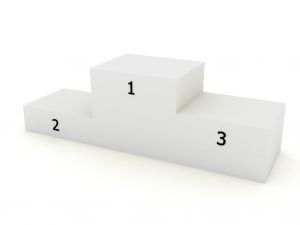 As you can see from the above, gamification can be applied to many areas of a business, from appraisal’s and performance management to development of new products and services.  Applying gaming techniques to the right area of the business (and in the right way) is important.  You will need the appropriate software in place to fully utilise the strategy.  A portal that all staff involved have access to, such as a company intranet, which allows interaction from employees.
From here, you can add in certain gaming elements, such as rewards, progress bars indicating how close the company is to a goal, or a league table of employee’s rankings for ideas or interaction.

There are a number of company specific online social tools such as Yammer that already allow social interaction between your workforce.  These can be used to build an information sharing culture and encourage participation in company projects and initiatives. Indeed there are gamification specific software suppliers, such as BunchBall, that are used by companies like Adobe, Hasbro and Toyota to encourage and inspire their employees in their roles.

Gamification is not for all aspects of business but, judging by the popularity of the examples above and the continued growth in the market space, it appears to work for many organisations.

2 Comments on "Gamification – Is Your Company Playing?"

← What Not To Say To Your Boss!
Using Your Data – Workforce Analytics →