Are LinkedIn Endorsements Too Easy?

by bchignell in HR Articles 3 Comments

Back in September (2012), LinkedIn launched a new feature to complement the ‘Skills and Expertise’ section of user’s profiles.  The feature allows users to ‘endorse’ the skills and expertise listed by a contact, but is this feature a replacement for recommendations?

On the LinkedIn blog, the message about the release of the functionality reads:

“With just one click, you can now endorse your connections for a skill they’ve listed on their profile or recommend one they haven’t added yet. Think your connection is great at programming AND project management? Let them know!” 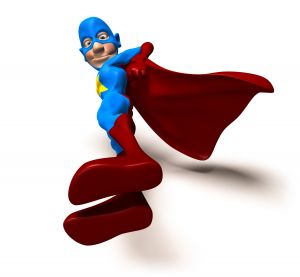 The above is true of the new feature, however, it is also true of recommendations, which already existed.  The difference is that it now only requires 1 click, which may be TOO easy?

On the face of it, this feature appears to be a great way of increasing your online reputation for certain skills; however, it should not be considered a replacement for recommendations.

We all live in an increasingly fast paced world where time is crucial, and most of us do not have much to spare.  This is probably why this feature has been introduced, as it makes the process quick and easy.  You can still request a ‘Recommendation’ from a contact with regard to a certain position, the difference is that a recommendation, of any merit, requires time and effort by the person writing it, and as a result is more valuable.  Simply clicking on a button and instantly endorsing someone’s skills may well be sincere, but, could simply be a reciprocation of a previous endorsement given to them.

Indeed, LinkedIn even offers the opportunity to ‘bulk’ endorse a contact with a single click and actively persuade you to endorse more and more contacts.

It should also be considered that when endorsing a contact’s skill or expertise, you are putting your name and reputation on the line for that person.  Should, for some reason, that person not deliver a good service, or be connected to a less than honourable marketing strategy (such as spamming), your profile is directly associated with that user.

With a few tweaks (such as a point awarded against the skill for every 5 endorsements given), the ‘endorsement’ feature IS a good idea.  However it should be the more meaningful recommendation that is the primary indicator of a person’s ability.

It appears that the endorsements area is leaning towards gamification, a strategy that works well on other sites, but for LinkedIn, which is first and foremost a professional networking site, is the current format suitable?

What do you think?  Let us know in the comments.

3 Comments on "Are LinkedIn Endorsements Too Easy?"